Skip to content
Nicole Markovic Kubon
.
Height: 5’8″
Weight: 125lbs
Body Fat %: 9%
Age: 28
Hometown: Atlanta, GA
.
Follow Me!
Facebook: http://www.facebook.com/NPCBikiniNicoleM
Instagram: http://www.instagram.com/nicolemarkovic
Website: http://www.nicolemarkovic.com
.
Nicole is an all natural NPC National Bikini competitor, as well as a fitness model.  With swimming competitively six days a week on a year-round swim team and playing volleyball through her child and teen years, Nicole had to make an absolute life change after having her daughter in 2011.  Although she was always athletic, her fitness journey began in a whole new light after seeing the scale numbers escalate!  After a year of living a new healthy lifestyle via fitness and nutrition Nicole decided, in January of 2013, to begin training for her first National Physique Committee (NPC) event in her home state of Georgia. In her very first competition in May of 2013, at the Eastern Seaboard, Nicole placed 4th in her class and 9th in the Novice division, which gave her a qualification to compete in National level shows.  Just a few short months later in August 2013 she competed in her very first National level show – the IFFB North American Championships in Pittsburgh, PA and placed 11th in her class.  Her future in competing is just beginning and she will be competing in several upcoming National shows in 2014, with a goal of gaining her ProCard.  With an absolute love of fitness, nutrition and just an overall healthy lifestyle Nicole is in the process of gaining her certification as a NASM Certified Personal Trainer and will be launching an online and in-person personal training business in the near future.  “Maintaining a healthy lifestyle is attainable, and anyone can achieve it with just putting in the time and effort!”
. 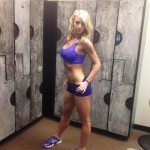 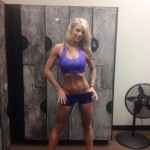 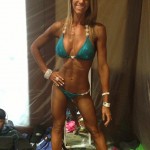 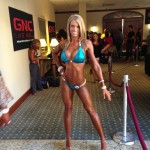 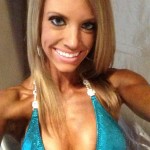